Imagine 500 parents and educators in the UIC Forum cheering on the mayor as he announces a new future for Chicago Public Schools. I can’t. I am the parent of a CPS student as well as an education professor at Loyola, and it’s beyond me to picture any parents and teachers celebrating the district’s current leadership. It got even more difficult this week after the CPS Board voted to close multiple schools and phase out three high schools in Englewood.

But thirty years ago, Chicagoans did pack into the Forum and raucously applaud Harold Washington as he kicked off a year-long “Education Summit.”On the heels of a 19-day teacher strike stoking fears about that CPS would implode, the Summit was Washington’s last great initiative. A committee of 50, made up of cross-section of section of civic, business, and educational leaders, carried on the effort with meetings in every corner of the city. The Education Summit led to the 1988 Chicago School Reform Act, which dramatically decentralized CPS by creating Local School Councils that allowed the public a direct hand in governing schools.

This change was short lived, as a 1995 law brought CPS back under mayoral control. This reversion has come along with improving academic outcomes for the district. Stanford professor Sean Reardon found that from 2009–2014, CPS students’ academic gains grew faster than 96% of all districts nationwide and was top among the 100 largest school districts. This has led many to assume that CPS must be controlled by the mayor in order to improve. There’s scant evidence to support this argument, and CPS’ history of mayoral control from 1837 to 1998 suggests something different.

What our schools need to continue their improvement is more meaningful engagement with the public because right now, CPS is suffering a crisis of public confidence. Despite recent academic improvements, the district lost 36,000 students since 2009, the vast majority of whom are African American. A number of their families moved to the suburbs in search of better options, but have largely found deeply segregated schools no better, if not worse off, than what they left. 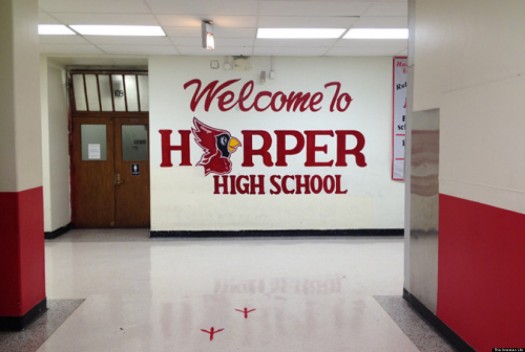 And even more African American families will be set out in search of better options after yesterday’s decision to close National Teachers Academy, Harper, Hope, Robeson, and TEAM Englewood. While CPS claimed that they undertook extraordinary efforts to listen to these communities over the past few months, the process was marred by the direct involvement of individuals who have active business and political relationships with the district. Revelations like this threaten to delegitimize the entire system.

Moreover, familiar problems from CPS’ past have started to reemerged, including a teacher strike, a kickback scandal, and serious ethics violations. With the power so tightly held in city hall, residents have no choice but to become single-issue voters if they wish to see real change in the district.

We can no longer settle for a CPS that shirks its responsibility by pointing fingers at teachers, parents, and communities. To push our schools to even greater levels of sustainable success with long term stability, we must deepen democracy and grow public participation in the district. Families, community leaders, educators, and business executives must all feel they have a voice in the decision making. There are many proposals about how to do this, including an elected school board or re-empowering Local School Councils.

But we can’t pick any one idea without engaging all of CPS’ stakeholders. We need a new education summit to plot the path forward, one that weights participation by community reliance on our public schools. If I concentrate hard enough, I can even imagine myself standing to applaud the mayor for making it happen. 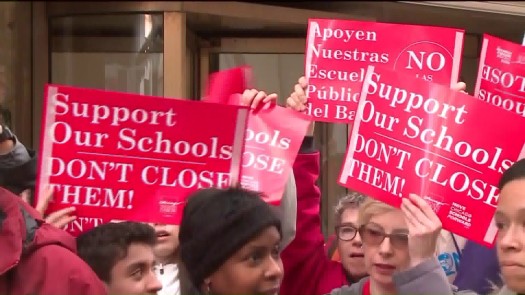